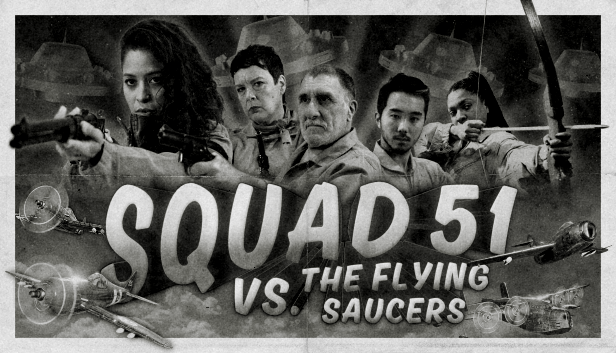 Join the rebel cause! Assemble Entertainment and China-based publishing partner WhisperGames, Brazilian film company Fehorama Filmes, and developer Loomiarts have released a press announcement that the 1950s sci-fi-inspired, fast-paced 2D shooter Squad 51 vs. the Flying Saucers, explodes onto Xbox One this Autumn

About Squad 51 vs. the Flying Saucers

Warning! Extraterrestrials from outer space have arrived on our planet, bringing promises of a bright new future for the earthlings. However, this otherworldly partnership soon reveals a darker side as the VEGA Corporation, the alien enterprise led by the hideous Director Zarog, is imposing its predatory politics on the human race. In the midst of this oppression, the rebel group Squad 51 rises as a response against the violent acts committed by these vile beings. Will the brave pilots of Squad 51 and their aircraft stand a chance against Zarog’s diabolic fleet of flying saucers?